Created in March 2018, the “Switzerland Chapter” of the famous Explorers Club met for the first time in Switzerland, on Turthday, the 14 of June 2018. The Explorers Club is a historical institution, founded in New York in 1905. It counted among its members many great figures of exploration. Members of the Swiss Section met in the hangar of SolarStratos, received by Raphaël Domjan and his team. A delegation from the United States, including Explorers Club President Richard Wiese, former President Lorie Karnath and Board Director Damien Leloup, were present for the meeting, a first in the long history of the Explorers Club.

Explorers from all walks of life, mountaineers, polar explorers, oceanographers, snorkellers, speleologists, pilots, eco-explorers or archaeologists, celebrated, with friendship, the mission of the founders of the Explorers Club, “to promote field research, scientific exploration, conservation of the planet and its resources and the vital ideal of preserving the instinct of exploration”.

Organized by Laurent Develle, initiator and President of the “Switzerland Chapter”, this meeting allowed the members to share their passions in many areas of scientific research and exploration, to discuss with the President of the Explorers Club, Richard Wiese and listen to Walter Munk, legendary oceanographer and emeritus professor in geophysics.

This meeting was an opportunity for the PlanetSolar Foundation to present its work about the heritage of the pioneers and adventurers of solar energy. Solar exploration and, more generally, the research for new ways of knowledge using renewable energies, is indeed the key to the future of great explorations. 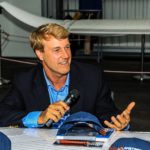 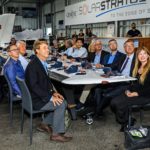 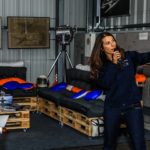 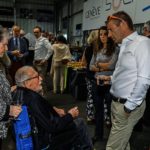 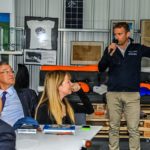 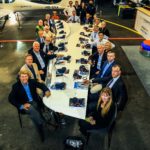