The heat and the humidity are stifling, at the end of the rainy season in Saint-Louis of Senegal. Ancestral traditions and vestiges of the colonial past are combined in the estuary of the Senegal River, which marks the border with Mauritania. In the middle of the city, the Lycée Amadou Sow Ndiaye welcomes more than 500 girls and young people, all focused on their course at this beginning of the school year. They are 50 students per class and they quietly listen to the lessons of their teacher of algebra, Spanish or history.

It isn’t a coincidence that PlanetSolar Foundation is in Senegal. Its president, Raphaël Domjan, initiator and pilot of SolarStratos solar aircraft project, is the godfather of the 2018 edition of the Raid Latécoère-Aéropostale. Pilot of a small plane, with fifty other crews, he joined Senegal by the airs from Toulouse (France). Nearly 10 days with South cape, in the footsteps of the pioneers of Aeropostale as Antoine de St-Exupery, Jean Mermoz or Henri Guillaumet. One hundred years ago, the first postal couriers were transported by the “line”, which became the theater of the wildest stories, and the cradle of the literary masterpieces of St-Exupéry.

The Latécoère-Aéropostale Raid is an aeronautical project in the first place, but it is not only that. The aim of the Raid is to perpetuate the state of mind of the Aéropostale line. This particular to connect the people of the countries it cross. Thus, at each stop, mutual aid projects are forged and realized, with the participation of local populations.

In order to have Raphael’s presence as a godfather in the same spirit, PlanetSolar Foundation teamed up with the Raid Latécoère-Aéropostale to build a PV solar generator on the roof of Lycée Amadou Sow Ndiaye. Its director, Tidiane Ndiaye, is enthusiastic about this unprecedented project in Senegal. The sun is abundant and the electrical energy from the network is very expensive. With the 126 panels that will be installed on the roof of the school by a local company, and the 100 kWh it will produce every day, it will power the entire building in energy, but also install some air conditioners in the classrooms. It may seem futile, in our latitude, but to study in good conditions, 50 per small class, air conditioning will be more than useful! As the students are only present from 8 am to 2 pm, the panels will be oriented to the east, so that the production will be maximum in the morning, when the sun rises, and when the need for energy will be greatest to accommodate students.

Roland Loos, member of the PlanetSolar Foundation Board, will coordinate the project. Regular monitoring will be done with local stakeholders, and support will be provided for the facility itself as well as for subsequent maintenance. PlanetSolar Foundation is delighted to be able to go on site in 2019 for the official inauguration of this PV solar generator ! 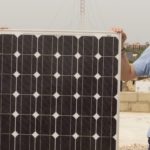 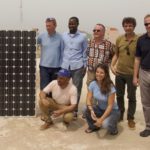 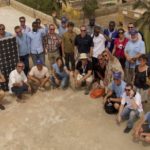 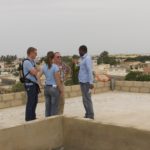 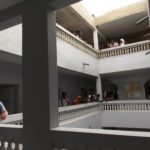 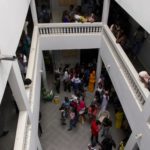 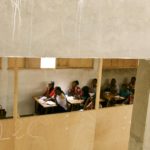